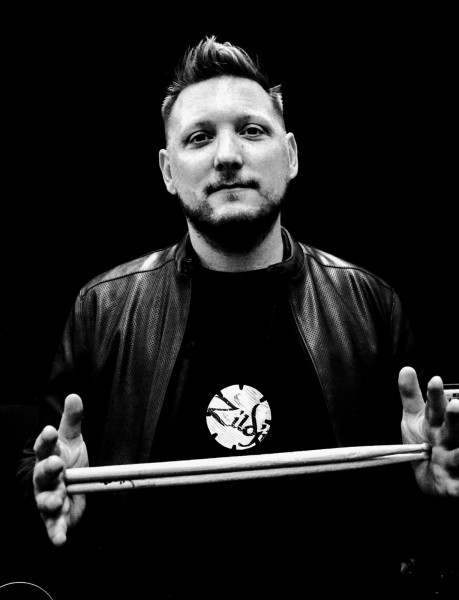 Koen Herfst is one of the most energetic and versatile drummers of The Netherlands. He is known for his work with Armin van Buuren, with who he did two worldtours, Epica, Anneke van Giersbergen, his own bands The Cards and Voodoo Chambers and was voted ‘Best Hardrock drummer of Benelux’ for 6 years in a row. Recently he also joined the band Vandenberg.

Next to being a drummer, he also runs his own drumfestival 'HERFSTFEST' (Holland’s main drum-event) and co-organized the biggest drumevent ever in The Netherlands: '2000 drummers on the beach', together with Dutch drum-legend Cesar Zuiderwijk of Golden Earring.

Koen is a multi-instrumentalist and composes his own music as well as music for other artists and events. He has his own (drum)studio and records and writes for, and with, artists all over the world.